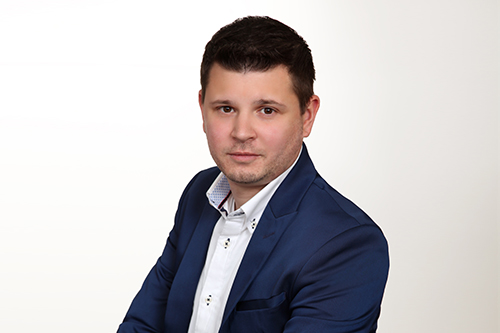 With impending government action set to introduce a stricter stress test for uninsured mortgages, and speculation that steps are afoot to raise the rates of their insured counterparts, frustration is building in the mortgage industry at measures that are seen by some as missing the mark.

A decision is set to be reached on May 24 on the increase of the stress test level for uninsured mortgages to 5.25%, or two percentage points above the market rate, with recent suggestions indicating that it could also be accompanied by an announcement on the insured rate by federal finance minister Chrystia Freeland.

However, Tristan Kirk (pictured), principal broker and managing partner at Citadel Mortgages, told Mortgage Broker News that the federal government should engage more closely with brokers at all levels in their efforts to cool down the housing market.

“We’ve got a huge cost of living issue that we’re looking at,” he said, “and I think [the federal government] needs to sit down and listen to people in the broker community and really take the feedback on board if they want to have effective policy.

“Whether or not this government actually wants to do that – that’s on them. But this wide brush that they paint with – it needs to stop.”

Read more: Is a stress test hike for insured mortgages on the way?

Kirk said that prospective homebuyers – particularly those seeking their first home – already faced enough challenges in accessing the market without further government intervention, which he argued would not address the underlying causes of current bidding wars.

“I think it’s already too hard for first-time Canadian homebuyers to purchase,” he said. “I get that we have to do a good job of protecting them, as the average debt in a Canadian household is quite high.

“But [these measures] are just going to continue to make it harder. What are we telling those Canadians that get out of bed every day to work? That you have to raise your salary two times [to qualify]? There aren’t too many companies giving guaranteed pensions and raising salaries every year anymore – and job security has also decreased.” 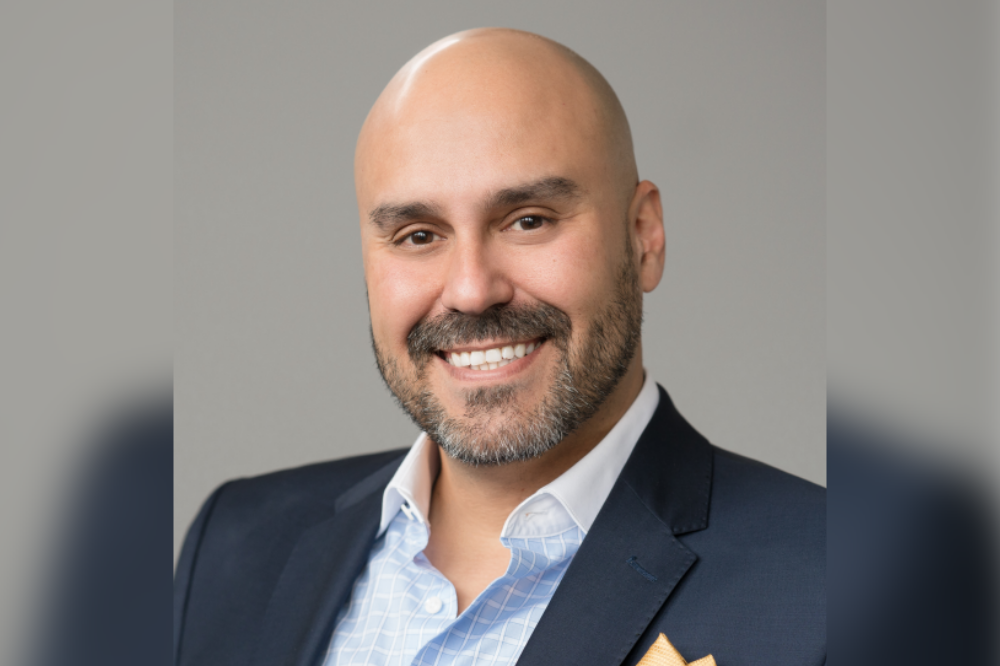 Terry Kilakos (pictured above), president at North East Real Estate & Mortgage Agency, agreed that the proposed federal intervention in the housing market will do little to slow its current pace. “I think it’s just going to cause prices to continue to go up, because the people that are able to afford are going to continue overbidding on houses,” he said.

“If you look at every single time the government changed qualifying rates or amortizations, or did anything like that to cool down the market, it actually had the opposite effect. It made the prices go up.”

Kilakos said that the introduction of further stress test hikes was likely to exacerbate the problem even further – meaning that some Canadians who want to sell their houses and move will be unable to, because they may not qualify under the new level.

“They have to stay put because they can’t sell their house and buy something else because of that stress test,” he said, “which means that those houses are not going on the market – so now supply is down, but demand is still high.”

Read more: Are federal measures on housing missing the mark?

He also argued that the government needed to stop merely paying lip service to Canada’s mortgage broker community, and that it should adopt a more proactive approach.

“When the stress test came in, [networks] lobbied the government,” he said, “but the government didn’t care, and didn’t listen. If you look at some of those sessions, the ministers that were there listening to brokers and networks all had this glazed look over their faces. It looked almost like, ‘We’re here to entertain you, we’re going to listen to what you’re saying – but don’t expect anything.’”

Ultimately, Kilakos said, successive governments’ failure to engage meaningfully with mortgage professionals had contributed to wayward policy and an approach to the housing market that had been proven consistently wrong.

“It’s really sad when people are not listening to the actual experts, the people that are in the field,” he said. “The government needs to actually sit down and say, ‘wait a minute – maybe there’s people that know a little bit better than us.’

“We’ve seen that the government have been wrong time and time again. They’ve been wrong for 12 years running now, saying that the price of real estate in Canada is going to drop.”

Citadel Mortgages is an award-winning mortgage brokerage that helps our clients either get the lowest mortgage rates in Canada or help our clients become mortgage free sooner. Join the thousands of Canadians that have experienced the Citadel Difference today!

If you haven’t done so please complete our online application so we can move forward in a timely manner by clicking this link —-https://bit.ly/3pMAhvp

If you interested to see what your estimated max mortgage approval would be please use this link here –—https://bit.ly/356DT3s

Exasperation with government grows among brokers

With impending government action set to introduce a stricter stress test for uninsured mortgages, and speculation that steps are afoot to raise the rates of …

Changing the way mortgages are done: How Citadel Mortgages does it differently

Citadel Mortgages is ‘Changing The Way Mortgages Are Done’, and Matthew Nichol, partner at the brokerage, is committed to never losing sight of that goal. …

Proving value in tough times – Citadel Mortgages Throughout the COVID-19 pandemic, brokers have been faced with the challenge of proving their value in an … 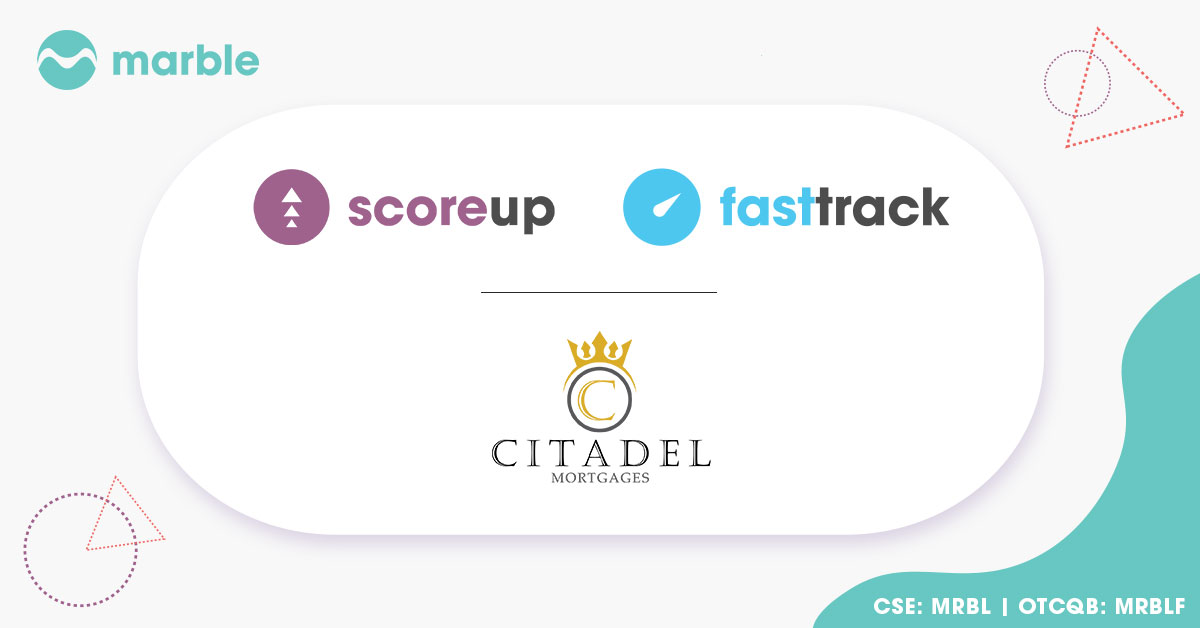 “Instant Approval, Conditional Approval, Pre-Approval” – Borrower subject to credit and underwriting approval. Not all borrowers will be approved for conventional financing or equity financing. Receipt of borrower’s application does not represent an approval for financing or interest rate guarantee. Restrictions may apply, Annual APR is subject to approval and underwriting, APR includes all fees and rate which is calculated on a yearly term. APR varies contact us for current rates or more information on a specific product. OAC. Please note that an admin fee of $500 may be applicable to
discounted mortgage products / rates offered by Citadel Mortgages.  All
discounted mortgage products may be subject to an exclusivity agreement between
applicant(s) and Citadel Mortgages.  We thank you for your continued
support and look forwarding to providing our beloved customers an unparalleled
level of service, ethics, and deal transparency. Please note some rates are based on province and are subject to change at anytime.

®™ Trademarks of AM Royalties Limited Partnership used under license by LoyaltyOne, Co. and Citadel Mortgages

2. All rewards are offered subject to the Terms and Conditions of the AIR MILES Reward Program, are subject to change and may be withdrawn without notice. To redeem for Travel and/or Merchandise Rewards, you must have accumulated sufficient AIR MILES Reward Miles in your Dream Balance. Some restrictions may apply. Quantities may be limited. Collectors must pay applicable surcharges, fees and taxes on air, hotel and car rental Rewards. Travel Rewards may be subject to a minimum advance booking and availability from participating Suppliers. Merchandise Rewards include all taxes, shipping and handling costs. No cancellations, exchange or refunds for tickets, certificates or merchandise once booked or ordered. Manufacturers’ warranties apply to merchandise Rewards. LoyaltyOne, Co. makes no representations or warranties, express or implied. For complete details, see current Program Terms and Conditions, available at airmiles.ca or the AIR MILES Customer Care Centre at 1-888 AIR MILES (or in Toronto call 416-226-5171).

3. Use Miles in the Cash balance of your AIR MILES Collector Account in-store in increments of 95 Cash Miles for $10 towards purchases at participating AIR MILES Partner locations and online at airmiles.ca/cash in increments of 95 Cash Miles for every $10 value from participating Reward Partners to a maximum of $750 per day. eVouchers can be used at participating Reward Partners’ locations in Canada only. See specific eVoucher reward page for details and any restrictions. Visit airmiles.ca/cash to learn more. You must have accumulated sufficient Cash Miles in your Collector Account in order to use Miles towards in-store purchases and eVouchers. All Rewards offered are subject to the Terms and Conditions of the AIR MILES Reward Program, are subject to change and may be withdrawn without notice. For complete details, visit airmiles.ca.

4. A short haul flight is a return flight with origin and destination within the same flight zone having a departure date during low season of January 8 – February 28; April 1 – May 31; September 16 – December 15.

5. Flight examples shown are for illustrative purposes only. Examples represent the number of AIR MILES Reward Miles required during low season of January 8 – February 28; April 1 – May 31; September 16 – December 15. The required number of Miles is determined by the departure date. Miles required are the “starting from” rates for round-trip travel in economy class per traveller.

7. All mortgages must close and fund with Citadel Mortgages, this offer is vaiild with any new or renewal mortgage and offer can change at any time without notice.

Please note all terms and conditions can change at anytime.

Visit airmiles.ca/WhereCanIFly to help you calculate the number of Miles you need to fly to your selected location.

Chat Live With Us Now